Admin
Not to be that guy, but this was a make it or break it moment for me. And watching the reviews on the Sense 4 a 300$ watch come in and be a complete nightmare. I just could not not try the Apple watch again.

I HAVE and STILL USE the Versa 1. 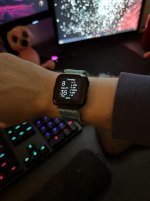 
It is basically the flagship of the Versa line and it never LOST functions, actually during the pandemic it magically gained PASSIVE without needing the watch face Sp02 and then after they removed it. (so it can do it with the sensors)

The watch has MORE features than every FLAGSHIP model that came after it with exception of the Versa 2. That one is still good.

It doesn't break after a year I have had mine for 6.

I tried the charge 5. It was a nice form factor but watch faces and general functionality missing made me not really want it just for a little better battery.

Oh it also sent electrical current up my arm to the point of involuntary twitching during sleep... that was weird.

They took it back.

So this year, I looked at the Apple Watch. And the Ultra. I currently am wearing both. So far... Other than the obvious the versa 1 will probably have 1 more day of battery, it looks like I will probably get about 3 days of battery out of the Apple watch and if I charge it for 10 minutes 4.

So... I think I am about to jump ship. As someone who suffers from anxiety and the like the Skin sensing and stress sensing had me really excited but then I saw them crippling the watch piece by piece. No way man.. This has been the TREND for over 6 years people. When do we wake up and say, "I am no longer interested in your companies policies that are not for the consumer".

This is the year for me. P.S. They are about the same weight(in your mind) if you can believe that craziness. And there is no interface lag etc. It just lacks the "fitbit" experience I am used to. But third party apps have taken care of most of that. And if you want the best one that does what say, Fitbit premium does? 29$ a year, not 99. I am sorry, but it is Garmin (if you wanna skip sleep data) or the Apple watch from now on. I am so over Fitbit and their anti consumer ways. Google would need to pull a miracle out its hat to make the Pixel Watch a contender because it is clear they want it to be the "flagship" and Fitbit to be the second mate.

I will continue to update this thread as I learn more of my experience. 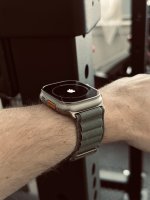 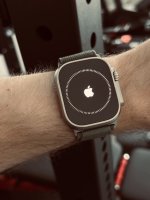